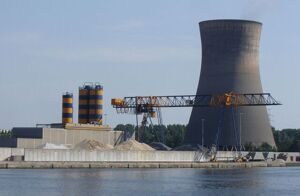 At the end of December 2021, the news agency “Radio-télévision belge de la Communauté française” (RTBF) published a news article about the refusal of the Government of Flanders (Belgium) a significant part of the import of wood pellets (around 1.5 million tons) from Russia (Siberia), Chile and Canada for consumption by the Biomass Electricity Plant Rodenhuize (Engie) in Ghent.

The import ban is prompted by statements from the Flemish Minister of Energy and the Environment, Zuhala Demir, who cites a lack of certainty that these pellets do not contribute to deforestation and concerns about possible illegal logging: “There is too little certainty to allow this timber import,” points out office of the Flemish minister.

The Russian Pellet Union, together with the Trade Representation of the Russian Federation in Belgium, will for the second time request a working meeting on measures to lift the ban on the import of Russian pellets.

In October last year, a similar situation arose, and a meeting of the Trade Mission of Russia together with the RPU, with officials from the Flemish government was considered constructive from both sides. During the meeting, the RPU gave data on the availability of FSC certified forests and SBP certified pellet producers (on both points the most in the world). The pellets are delivered with FSC and SBP certificates and comply with sustainability requirements of the most strict countries in the world. Moreover the pellets are all made of wood residues, which is considered sustainable by the European Commission. Because wood residues are used for both drying the feedstock, and producing the pellets, and the railways are electrified, the companies also can comply with the GHG requirements. The values on this aspect differ per pellet plant, but several pellet plants perform well (better than certain large pellet plants in other regions of the world).

The Trade mission of Russia and the RPU will (re)initiate the reasons behind the exclusion of certain regions of the world, as the given one in the article is incorrect. The risks of illegal logging in FSC certified forests in Siberia are extremely low, as also renowned NGOs would confirm.

The information and materials posted on this website are protected by copyright. The use and citation of materials is possible only with the indication of the authorship of the self-regulating organization of the association Russian Pellet Union and a reference to the source. Otherwise, the association reserves the right to file a claim for judicial protection of copyright with attribution to the infringer all legal costs.